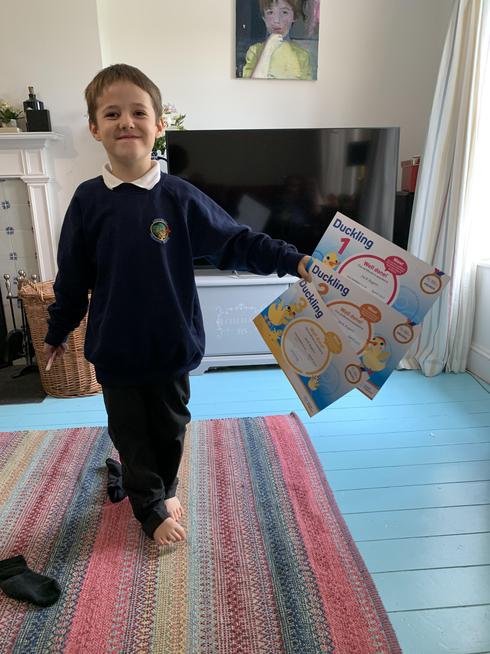 Congratulations to Jack for achieving 3 swimming certificates in 4 days during the Easter holiday. 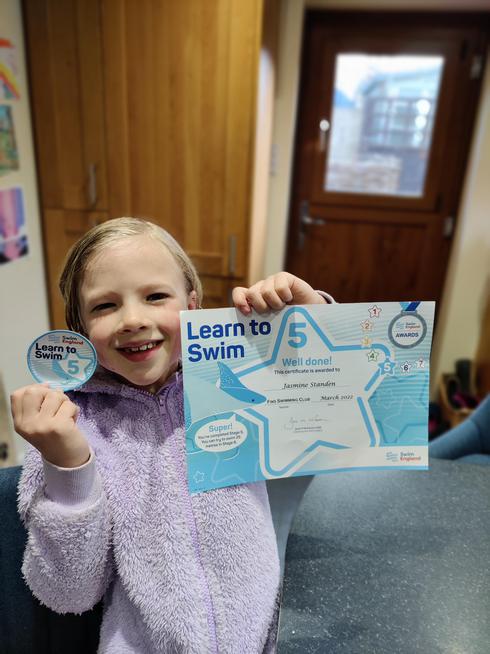 Arran participated in the Wiltshire County Championships for swimming, and he achieved 8 bronze and 1 silver!

Congratulations to Leo for scoring three goals and being awarded Man of the Match at his recent game. 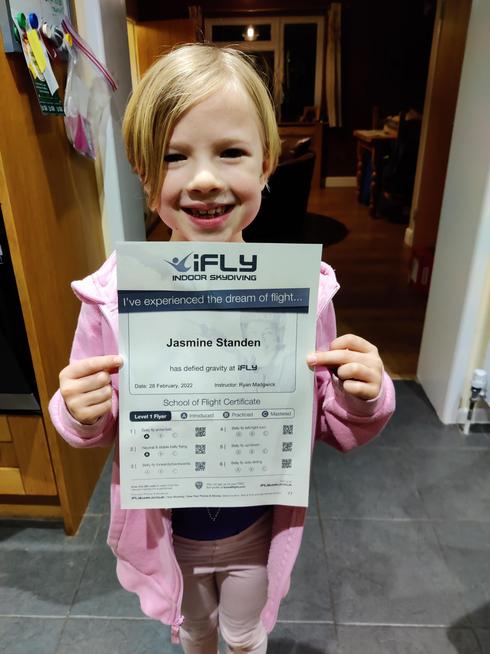 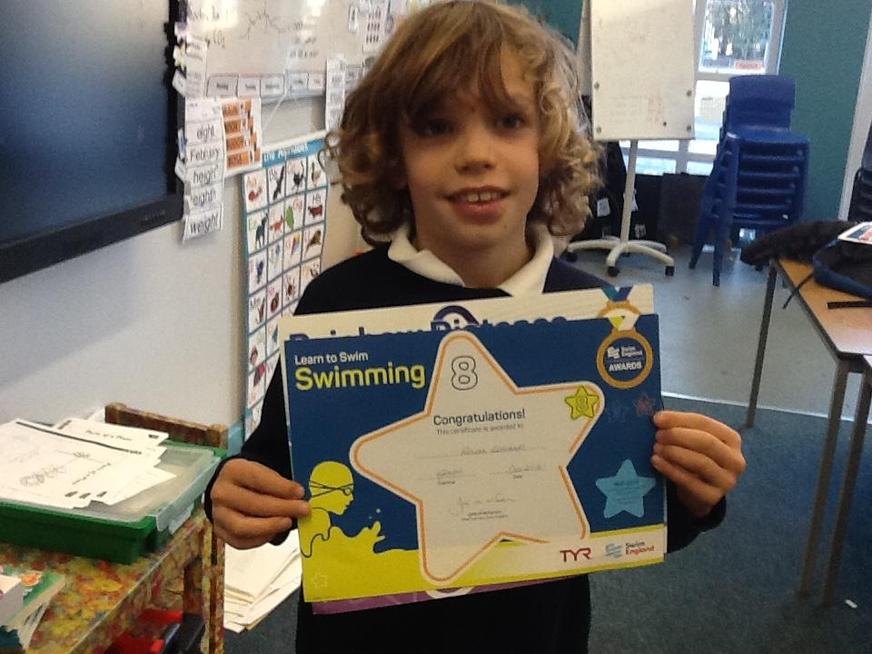 Congratulations to Rowan for being awarded his level 8 swimming certificate

Well done Olivia for completing 3 levels in your swimming lessons

For working so hard on your spellings at home 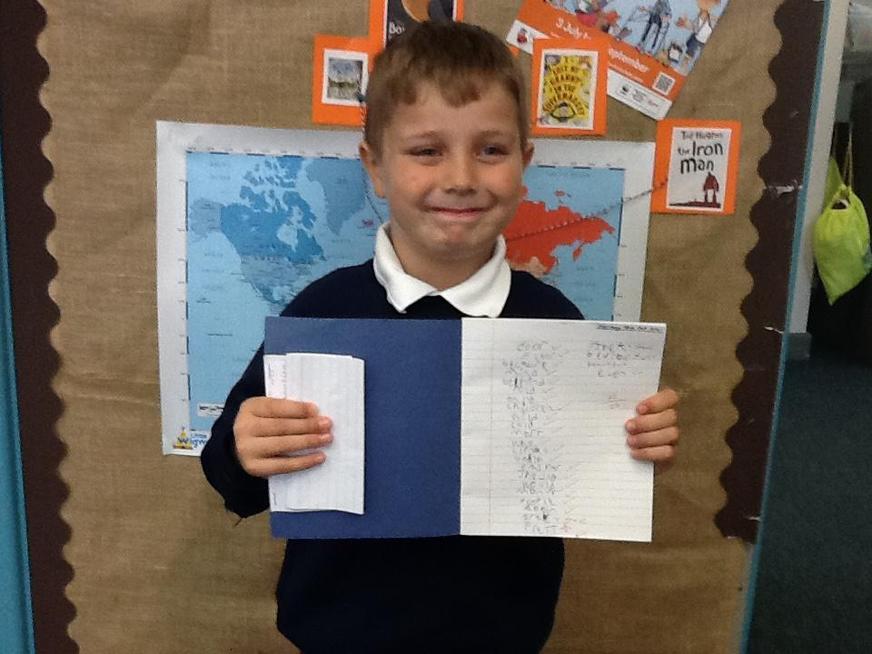 Rowan would like to show his Chief Scout Bronze Award

that he has been presented with.

This is the top award for Beaver Scouts. 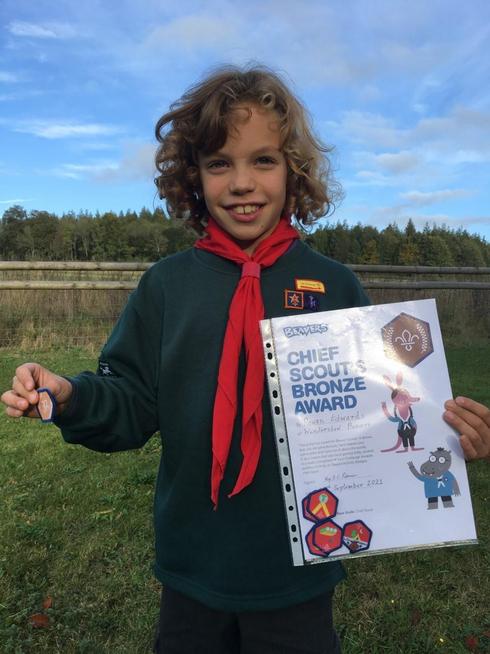 Harrison would like to show you the special star swimmer certificate he got in swimming last week.

He also received his 25 metre badge at the same time! 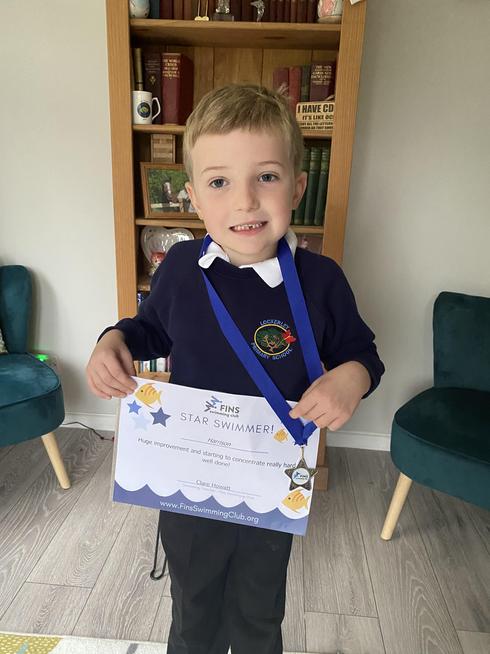 Eleanor received a star swimmer award for her swimming technique. 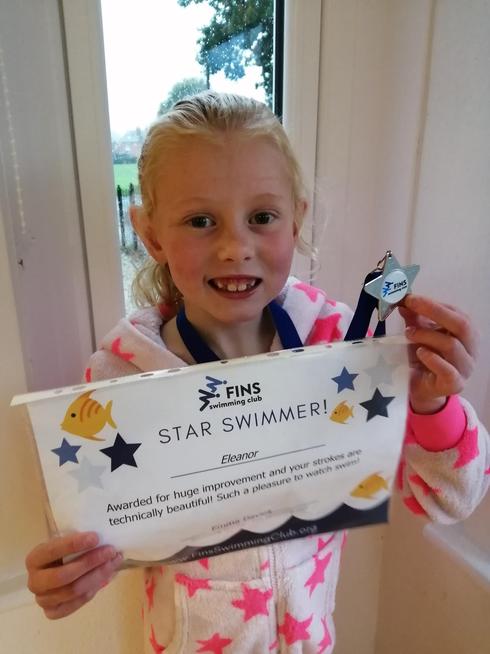 Arran really pushed himself out of this comfort zone to complete in the British Schools Modern Biathlon Championships in Bath. For this event, he had to run 800 metres then swim 50 metres. We are really impressed that he managed to come 17th out of the 70 competitors in the boys under 11 age category.

Mary took part in clear round jumping for the first time on her new pony. Mary was entered in 50/60 cm and 60/70 but did so well she went on to do 70/80cm. She was clear in two out of three she entered.

Abigail learned to ride her bike without stabilisers at the weekend.

Alfie joined a football team over the holidays. Previous he’s been overwhelmed when we have tried before and struggled as he didn’t know anyone. This time he has flourished and made new friends and found new confidence. Today the coach made Alfie team captain.